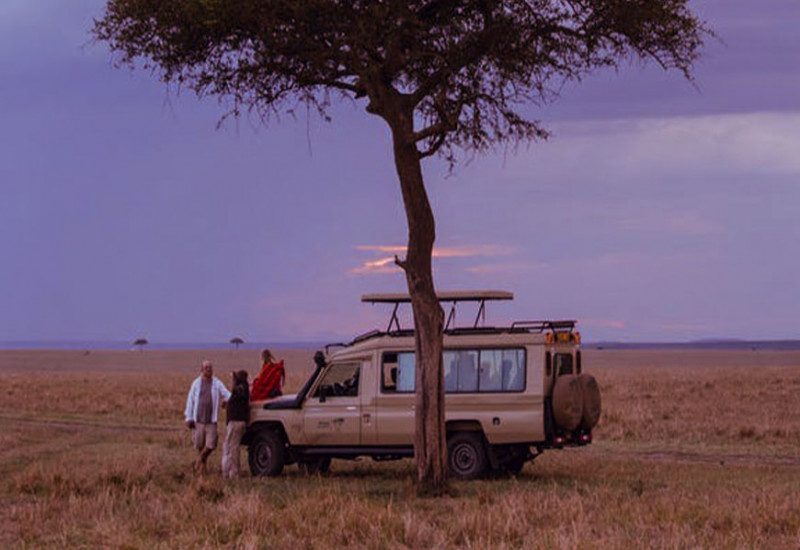 Masai Mara, a wide, picturesque area of gently sloping African savannah grasslands, is situated in southwestern Kenya. South of this Masai Mara area is Tanzania's Serengeti National Park. Masai Mara is renowned for its incredible natural diversity of animals and is also a prominent Kenya Safari spot in East Africa, giving tourists many reasons to visit this animal paradise. It is a special place dedicated to wildlife protection. Not least because the reserve was chosen as one of the new Seven Wonders of the World, travelers come from all over the world to visit. However, the location is also significant in terms of history and culture. Due to the region's renown for mining activities, tourists frequently come.

The Mara River serves as the boundary for two million wildebeest, zebra, and antelope as they rush over Tanzania's Serengeti over a distance of one thousand kilometers. Given the terrifying obstacle course of crocodiles, big cats, vultures, and steep descents into the rapids, along with a thousand other hooves waiting to trample any creature that takes a tumble, the wildlife must really be attracted to the green vegetation of the Masai Mara located across the north bank for them to take this risk. Observing the animals engaged in daily hunting is quite fascinating.

On the first day, a flight will take you to Jomo Kenyatta International Airport. Our representatives will be waiting for you right here. After that, you may drive to your accommodation in Nairobi. Your coordinators will appropriately introduce you to the other group members. At orientation, you'll learn more about your program. Prepare for your trip so that you may take a stroll near your host family or rest for the evening.

After eating breakfast, you will set off to travel south along the Great Rift Valley's floor, stopping briefly at the View Point for a breathtaking view of the rift valley. As you take in African legends about the creation of the rift valley, you may take pictures and purchase souvenirs. After arriving in the late afternoon, go on a wildlife drive in the Masai Mara until dusk. Dinner and a night of camping at the Rhino Tourist camp.

A whole day was spent game-watching in the park in pursuit of the main attractions, including antelope, zebra, and wildebeest. Wildlife outings are available in the early morning and late afternoon. At the Hippo Pool, you will take a picnic lunch alongside the hippos and crocodiles. You will eat all of your meals there and spend the night. You can even ask the officials and make the required arrangements if you want to eat meals cooked over fire.

Day 4: Travel from Mara to Nairobi

Enjoy a pre-breakfast tour this morning. After that, head back to the camp for a hearty breakfast. Then, we'll head back to Nairobi, where the tour comes to a conclusion. You can travel to your country after exploring Nairobi if you want to take a stroll around the city.

Because of the altitude, the Masai Mara is a little colder and wetter than one might expect for a region so close to the equator. The temperature is pleasant during the day, but it is quite chilly at night. While daytime temperatures are usually nice, nighttime may be rather cold. The Masai Mara has two rainy months: less rain in November and more rain in April. The dry summer season begins in January, while September is expected to be rainy and cool.

As told earlier, Maasai Mara is located at a higher topology than any other location in the equatorial region. The Maasai Mara National Reserve covers around 1,510 square kilometers (580 square miles) in southwest Kenya. The reserve is part of a much broader ecosystem that includes the Serengeti National Park, which borders it ( located in northern Tanzania). Serengeti National Park has a bigger area of around 25,000 square kilometers or 9,700 square miles. While Serengeti borders Masai Mara to the south, the reserve's western border is bounded by the Siria escarpment, with wide savannah grassland plains to the north and east.

The commodities required for a safari ride are required if you are going on a safari ride. As you may like to take photographs, you might bring cell phones and cameras. Packing is one of the least enjoyable elements of traveling, and preparing for a trip to an equatorial location may be especially challenging. For the vast range of heights, temperatures, and activities, you'll need more than a few t-shirts and bathing suits. Travelers should always be aware of the season they are traveling because the weather can change dramatically from one season to the next.

The region's population largely consists of primitive aboriginal tribes. Masai tribes make up the majority of these tribes. Their culture is quite alive. They follow a number of nutritional, social, and celebratory rituals. Masaai Mara's key sources of tourism include traditions, customs, history, and the way people connect with one another. The Masai traditional dance, as well as their peculiar appearance, are well-known characteristics of their culture. Furthermore, the region is well-known for its own way of life.

There are various ways to remain in touch when traveling. There should be an adequate warning that none of them will act the same way they do at home. However, practically every lodge provides internet connectivity up to a certain height. Their hourly charges vary based on your location. There are telecom companies that offer 4G service countrywide. The remainder of the way up the slope offers Wi-Fi almost everywhere, owing to many ISPs. Visit the websites of the ISPs to learn more. A number of the accommodation facilities and stores along the road give usernames and passwords on their website.

Money and Currency in Maasai Mara

Because it is a developing country, it is tough to find a money exchange center. In Nairobi, you will find money changers and banks where you may convert your currencies. Banks provide somewhat higher conversion rates than money changers, but additional paperwork is required. Please remember to bring your passport. A copy of your visa is also necessary. Check that you received the correct amount. It is critical to always appropriately analyze the amount received. Aside from that, money changers may be found at Masaai Mara. Other currencies are also utilized, however it is preferable to do transactions in the local currency.

When traveling, you should take careful care of your health. While on your trip, you will undoubtedly be served nutritious meals, but you are still responsible for your own health. Only eat meat if you know what you're doing. If you are having problems with your normal diet, please contact our representative. You might also ask the host family to prepare your dinner. You should always carry your drugs with you since some pharmacies may not have the proper prescriptions.